An Angel Is Summoned 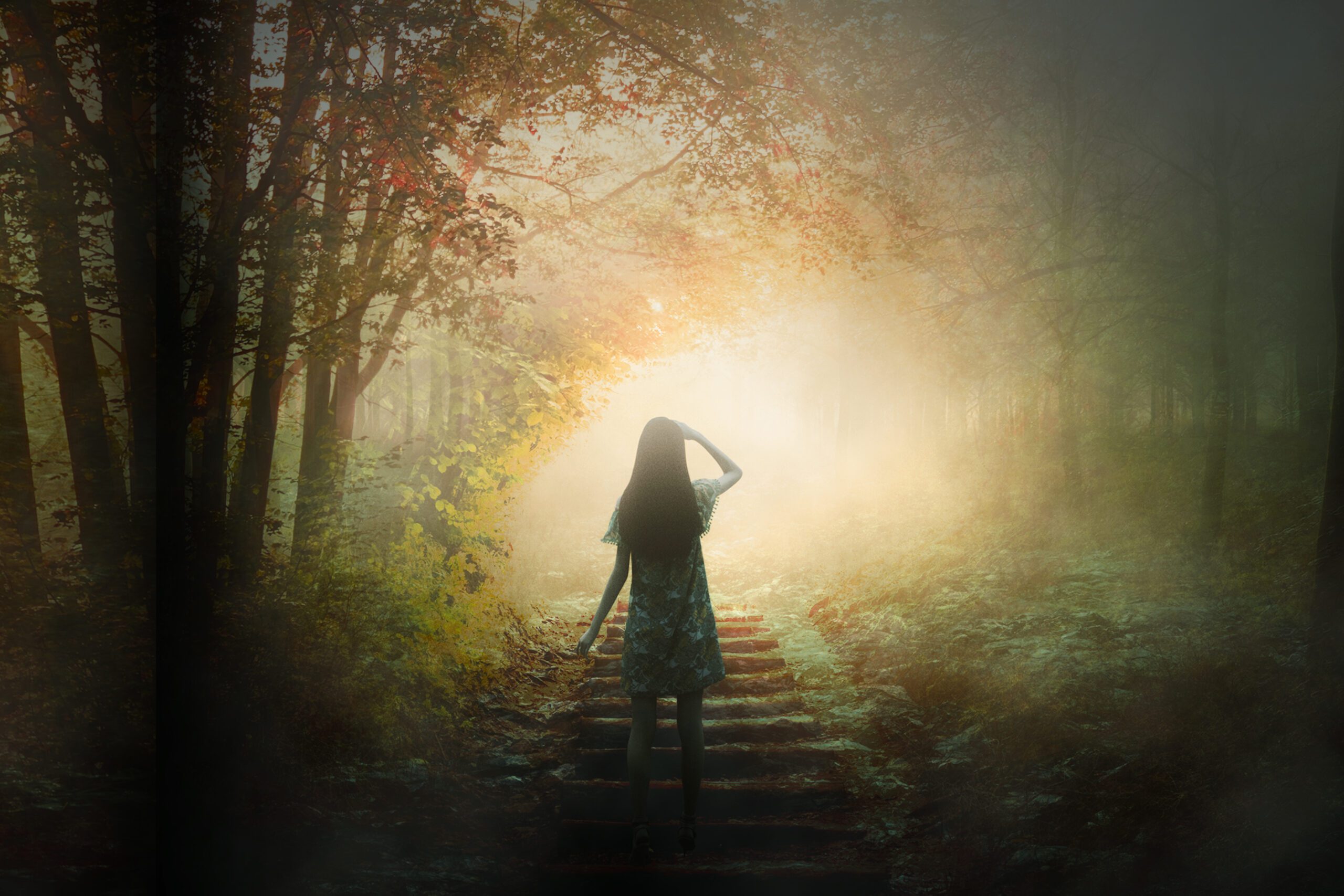 A car slammed into me from behind while I was waiting outside Denmo’s for the food I’d just ordered for my kids. The next thing I knew, I was inside the diner on top of that car, my legs dangling over the side and turned backward. It was a horrible sight for those who witnessed the accident inside Denmo’s, but especially horrible for me when I realized what had happened.

The siren of the ambulance taking me from one hospital to another was so loud that I didn’t know how the EMT could hear the instructions on the radio. But she must have been able to, because the next thing I knew she was injecting pain meds into my IV line. These meds didn’t end the pain, but they did take some of the intensity away. Time had no meaning. Suddenly, without reason, the intensity of pain shot up tenfold. I was shaking uncontrollably. My breathing was rapid and shallow, as if I was having a panic attack. I opened my eyes and begged for more medication.

She shook her head. “I can’t give you anything, Kim. Your blood pressure is dropping. I’m only getting a palpable blood pressure of 80. I have to call the ER STAT.” She got the ER doctor on her radio. “She is in extreme pain and requesting pain medicine, but I’m only getting a palpable BP of 80. What should I do?” There was a touch of panic in her voice.

As the doctor’s orders continued, I stopped listening. As a critical care nurse, I knew what they were trying to do—keep me alive for the next three minutes until I reached the hospital. A team was waiting there to perform miracles if they could just keep me alive a bit longer! The pain didn’t matter. How I longed for the anesthesia that would come with surgery.

Lord, I said silently. I wish my mom didn’t have dementia and that she could be here with me. She’d run her fingers through my hair, caress my face and arms, and I’d feel so much better. I know that’s impossible, Lord! But if anyone ever needed a miracle. . . .

I opened my eyes and rolled them upward as if to say, I GIVE UP!

And there she was, standing behind me, all in white. Not my mother. An Angel in the form of a young woman. She had the most lovely, silky, long, straight dark hair. Her eyes were closed as she spoke quietly. I turned my head to hear what she was saying, but she spoke in only the softest of whispers. Then she bowed, lowering her upper body over mine and covering my face with her open hands, palms down. Her hands stopped about two inches from my face and her face stopped about two inches above her hands. She never opened her eyes, and she never stopped her soft, tender whispering. Even though her hands were between my face and hers, I could see her entire face.

That’s when I felt God’s presence in the form of His beautiful messenger. He told me He had sent Her to pray for me. Instantly, a peace like I had never felt before came over me. A peace that passes all understanding! Everything else fell away—the blare of the siren, the sway of the ambulance, the flurry of activity to keep me alive. She was all I could see.

Even though she had long, beautiful hair, her hair never moved out of place or touched me, nor did she touch me with her hands. She slowly moved towards her left as she turned the corner of my litter. She moved her hands away from my face and over my throat all the while continuing to whisper prayers with her eyes closed. Her hands moved to my chest over the top of my lungs. My eyes locked on her face. I was no longer struggling to breathe, but taking in long, slow delicious breaths. She never paused, moving her hands over my abdomen, my pelvis, the tops of my legs, my knees, and my calves, and suddenly I realized I was free of all pain! IT WAS GONE!

I closed my eyes. I didn’t need to watch Her do Her work any longer. It was enough to know that She had interceded on my behalf, that She freed me from pain in a way that no medication had been able to do.

And then I understood. I must be dying.

It was time to say my own final prayer. Kim L. Shipe worked as a critical care RN for over fifteen years. In 2002, the freak accident she shares about in this story ended her nursing career and running hobby. Confined to a wheelchair for five years, Kim has now had over ninety surgeries to save her life and limbs, including a bilateral mastectomy in 2009 to treat breast cancer. Kim founded Miss Daisy Medical, a very successful business, so she could sell her innovative medical bandages to thousands of patients in need. This story is excerpted from her riveting memoir, Fear Not, Angels Are Summoned: How One Woman Overcame Unimaginable Suffering to Live a Life of Joy. How Ambitious Women Can Have Successful Careers and Happy Families